BUY GEOGRID AT A LOW WHOLESALE PRICE FROM THE MANUFACTURER! 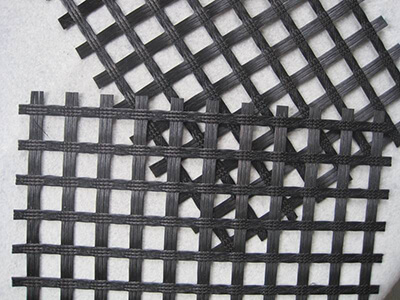 The company offers high quality polymeric geogrid, which is perfect for the cases when there is a need to strengthen slopes, slopes. Geomaterial for asphalt concrete is suitable for roadbed arrangement. Glass geogrid production is well developed. All kinds of geogrids are sold at producer prices.

Organizations are offered the following kinds of geogrids, made of various materials:

Geogrid piercing, made of glass and polyester fibers;
Flat geogrid of extruded polyolefins.

There is a possibility of material delivery to different regions of the Russian Federation. We can supply any volumes of geogrid in the shortest possible time. 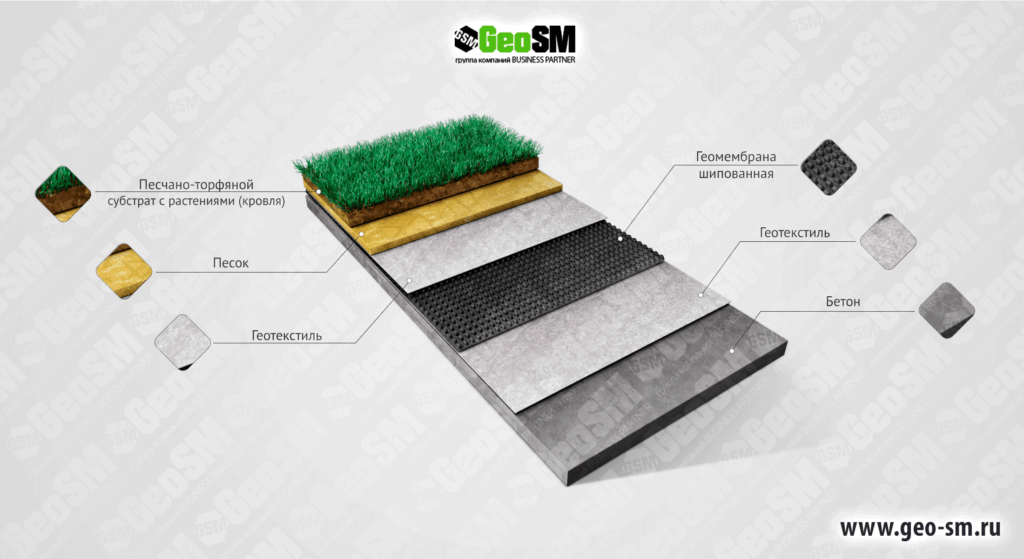 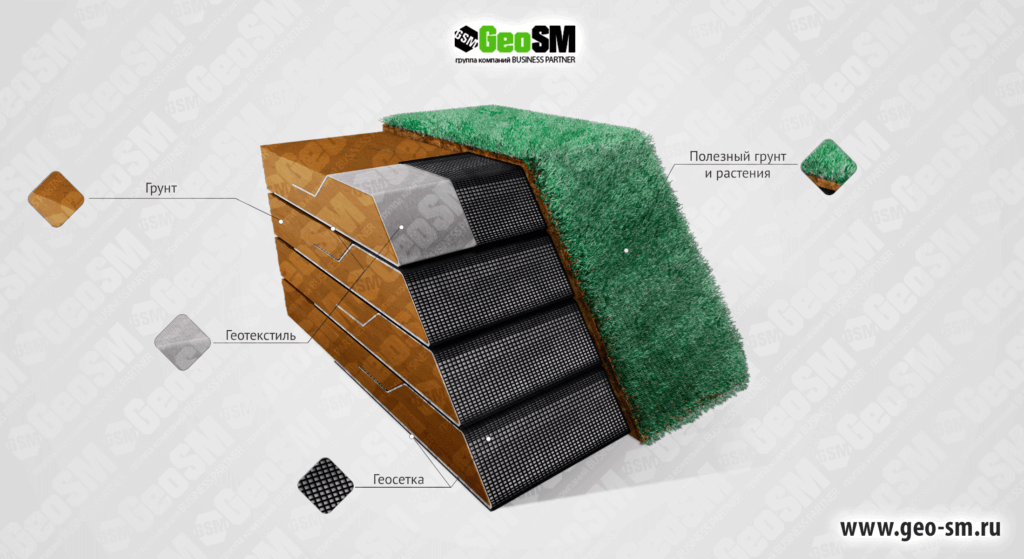 1. Road construction. Here geogrid is used for separation and reinforcement.

2. Creation of retaining walls and reinforcement of slopes.

4. Strengthening of the coastline, creation of artificial reservoirs during hydraulic engineering construction.

6. Construction and arrangement of access roads to airports and railway stations.

7. As a binding material (pile crane) in the construction of load-bearing supports on the soft or loose soil.

8. In industrial construction to reduce the load on the surface.

9. When constructing a drainage system, when preparing the ground for the foundation at the construction site. In this case the most effective is the use of geogrid with geotextiles, as such a base perfectly distributes the load and creates an anti-slip layer over waterproofing.

According to the method of production geogrid may be:

Biaxial planar geogrid is most applicable in construction of facilities on weak soils. Rectangular cells of a biaxial geogrid help distribute loads (static and dynamic) on foundations of buildings and structures under construction and on the base of a road bed for permanent and temporary roads, including access roads to places of oil and gas pipelines.

A single axis geogrid has long elongated cells, which gives geomaterial high tensile strength. Due to this fact these geogrids are used when it is necessary to strengthen weak soils when making terraces, construction of slopes, for soil recultivation on landslide sites.

On the new, modern equipment, on three technological lines, the company produces roll biaxial geogrid of the following types:

Geogrid is manufactured on European and Asian equipment, which is equipped with APU, helping to control and, if necessary, quickly make changes in the manufacturing process.

Average daily capacity of the lines is five tons of geogrid.

The main requirements to the geogrid:

HOW TO CHOOSE THE RIGHT GEOGRID

The choice of the necessary type of geogrid directly depends on the sphere of its application, on where it will be used – in road construction, for land reclamation, for landscape and garden design, for creating foundations of buildings and structures or in hydraulic engineering construction. And for what – for reinforcement, drainage, separation of soil layers. If the purpose of use is defined, a road geogrid or a soil geogrid is chosen. Geosynthetics material is also selected depending on what raw materials it is made of, and the type of cells. Also an important factor in the choice is the geogrid resistance to various influences – water, biological, chemical and thermal.

COMPARISON OF FIBERGLASS AND POLYESTER GEOGRIDS

Glass fiber geogrid is a cheaper option than polyester geogrid. But fiberglass material has a low elasticity, which affects the spheres of its application and significantly reduces its position.

A polyester geogrid has better properties, because it is not subject to rotting, more elastic, stretches up to 25 % and is technologically more perfect. To achieve the best results and to increase the service life of roads geogrid is used, which is made from multifiber glass roving with addition of polyester fibers with wefting direction. Such a technology is used because polyester geogrid has a small tensile strength, while glass geogrid, on the contrary, has a high tensile strength.

Glass geogrid, as compared to polyester geogrid, has lower performance qualities – it breaks down faster under the influence of negative environmental factors. At the same time polyester geogrid can last up to one hundred years.
Glass fiber material with all its positive properties deteriorates and breaks down quickly when being exposed to groundwater, as well as under the influence of negative temperatures, which are typical of Russian climate.

But using a polyester geogrid is not a panacea as this material is highly sensitive to alkalis that is why it is necessary to apply special protective additives when using it in combination with cement or reinforced concrete. The geogrid is impregnated with plastisol, polymer or bituminous dispersion for that purpose. If the geogrid is used to separate soils, it is impregnated with polyvinyl chloride for protection. In road construction it is protected with bitumen.

A polyester mesh has a small creep coefficient, while a glass one, placed during installation between different asphalt mixtures, deforms considerably under the wheels of heavy construction equipment. In order to facilitate geogrid installation, to improve interlayer contact, nonwoven geotextile is used as a binding link.

If you need a geogrid made according to given parameters, of all kinds, with various mesh sizes, call our company. We constantly have different types of geogrids in stock at favorable prices, in any quantity. Shipment by phone in the shortest possible time.

If you are interested in more information about contracts for the supply of our products – give us a call. We are happy to answer any questions you may have. We will be happy to help you.

10% discount on the promo code OZONGEOSM22